From V2 ("DAB-only") to V3, QIRX introduced two main new features: The purpose of this page is to explain the concepts which have been used to design the GUI of the V3. 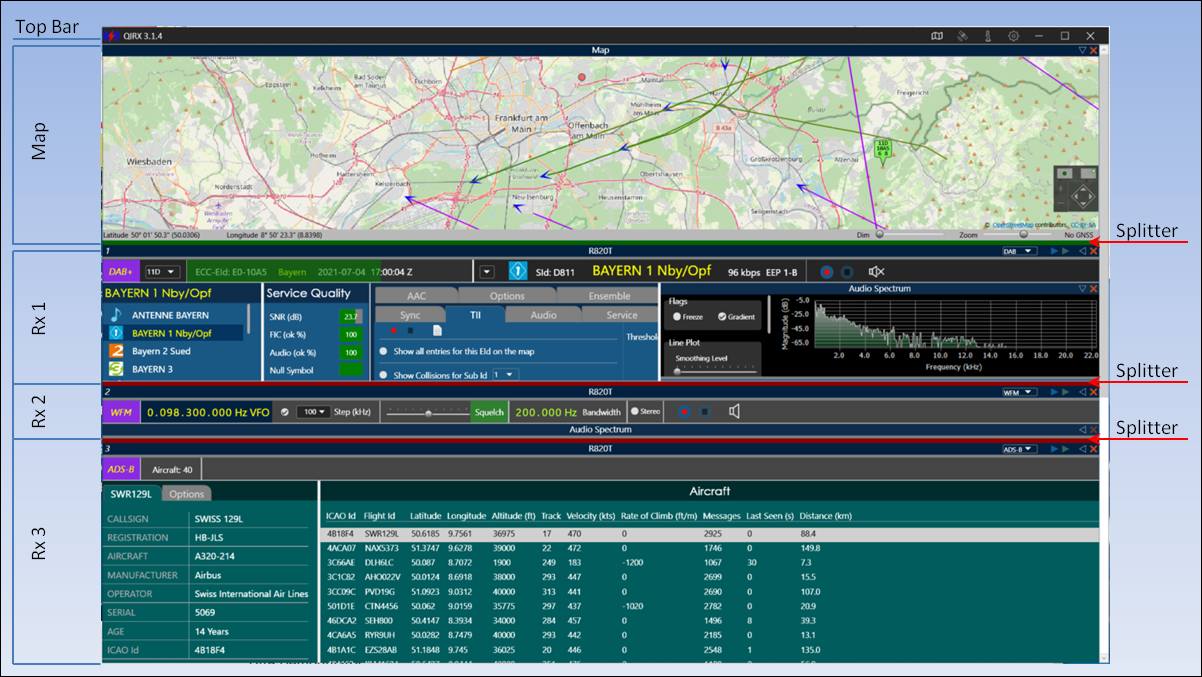 QIRX is vertically structured into a Top Part and Receiver Parts. They are separated by a green (map) and red bars, called "splitters", which can be used to resize the parts according to the user's needs. This is indicated in the screenshot below.
The top part consists of elements which are either used independently of a particular receiver, or act as "global" elements to be used by any receiver:
The receiver parts consist of elements belonging to a receiver.